I’d been in Mozambique for a few days now caring for the young elephant (who had been nicknamed Zuali after the area she was found in). Thanks to the time we were spending together, she had begun to see me as part of the family. She’d now walk with me and follow me meaning we were able to go for long walks in the bush during the day. Walking was important to help keep Zuali busy, being a young elephant without a herd is not an easy thing for such a sensitive soul to handle. Walking together and experiencing the sights and smells of the bush helped to keep her life enriched. In the early hours of the morning, the air was cold and we would bundle up in coats while Zuali slept in blankets awaiting the sunrise. Just before 6AM the sun would rise through the trees, casting a fiery glow on the camp and burning through the morning mist, clearing the dew that clung to the grass and causing the animals to stir from their slumber. Zuali was not much of a morning elephant. She would stay snuggled up in her blankets until the sun had been watching over us for at least half an hour, giving everything a chance to warm up before she would be ready to go for a walk. By then, we were already on the borderline of no longer needing to wear coats as the temperature was rising fast and quickly setting us up for another 25 degree day. Now awake, Zuali would be ready to head out. There is something so magical about walking along the sand roads and game paths, walking barefoot with no cars or people in sight. The deep sand would tumble beneath the weight of our footsteps, leaving perfect tracks where we walked. To walk with a baby elephant is truly blissful, taking in the surroundings, no rush, no real destination in mind, eyes up away from screens and fully enjoying all that nature has to offer. As we’d walk, I’d look at the tracks of the animals who’d walked the same path before us, in the night and the early hours of the morning; the vervet monkeys, nyala, impala…

One track that I would see at least a few times a week was the track of wild elephants. Sometimes it would be a large, lone bull crossing the path heading towards the waterhole. Other times it would be a herd of females and youngsters. The large round tracks have a pattern of lines and cracks from the sole of the elephants foot, which in that sense is not too dissimilar to the tracks of rhino.

I always loved comparing the tiny tracks of Zuali to the tracks of the wild elephants. Of course, seeing fresh tracks of wild elephants made me a little cautious but that didn’t take away from the awe of seeing first hand the sheer size of them. The huge tracks showed so clearly the path that had been walked by these gentle giants mere hours before I stood there with a hip-high baby elephant by my side. I’d watch Zuali as she’d investigate the tracks, smelling them and showing great interest. It was curious to see how Zuali reacted to fresh elephant dung… she’d stop for a moment or two to smell it and then she’d very carefully go out of her way to walk around the dung rather than over it.

Every so often, Zuali would grumble, reach up to touch me with her trunk or rub her head against my legs. Elephants are incredibly tactile and this small touch was simply reassurance. 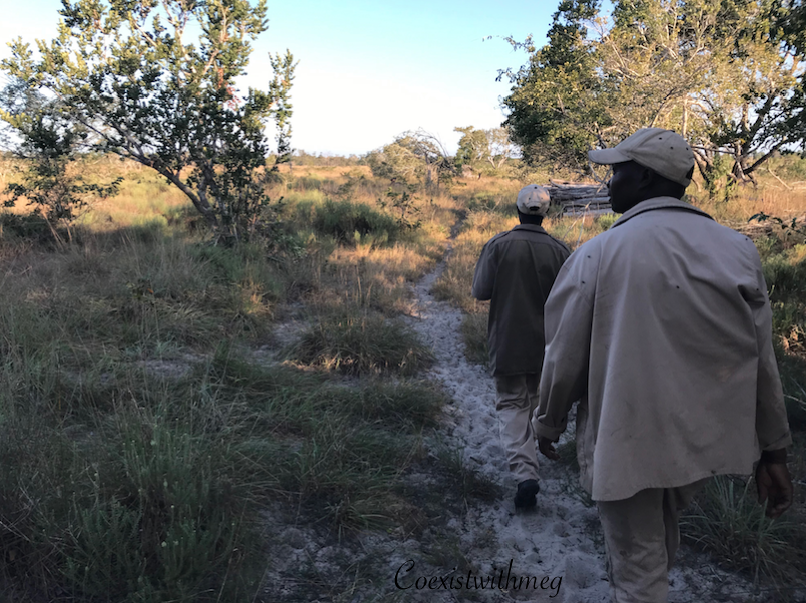 As we walked alongside the wild elephant tracks, I learnt something fascinating… Samson, a very experienced elephant carer (understatement) told me that if you measure the circumference of the elephant track and multiply this by 2 you get the shoulder height of the elephant. WHAT?! Of course, I instantly tried this with Zuali using some long pieces of grass as measuring tape and IT WAS SPOT ON. Now, as we walked, we measured the tracks of the individual elephants and discovered how tall they were. How amazing is that?! 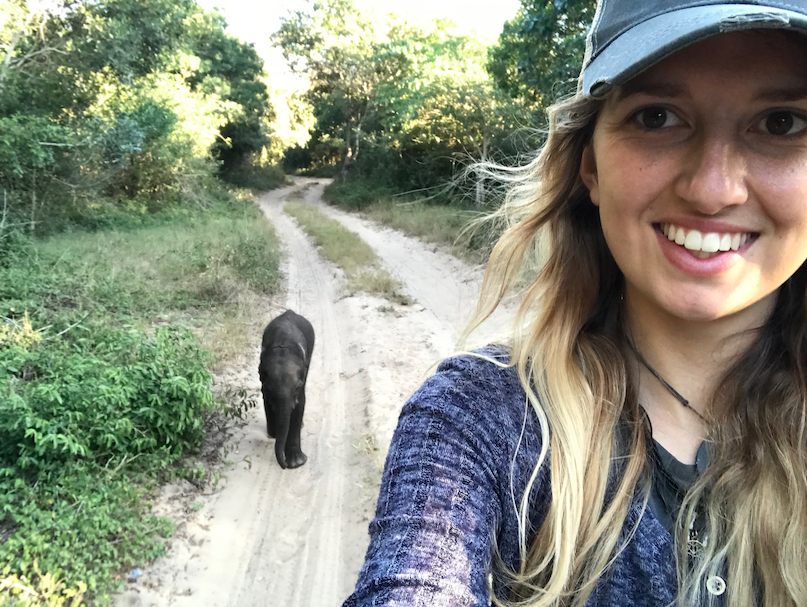